Here I am again, ready to share some more of my 2017 Project Life spreads. I’m almost up to date with my spreads which I’m super happy about and proud of. Of course there are loads of other projects which are in various stages of in-completedness but they’re going to have to stay that way until time can be found.

Once I’m up to date I hope to be able to upload my spreads on a weekly basis and keep track of the supplies I’ve used so that I can include more detail on where I’ve sourced everything. But for now, photos and words are it!

Week Five
As I was photographing this I noticed the typo in the dates on the title card. I could go back and fix it, but I’ll probably just leave it. No biggie.

I finally got myself a watercolour set and played with it a little on the Happy Birthday card. I really love the soft pastel colours that I ended up with.
It was my birthday on the Monday of this week and I was feeling a bit down so my story reflected that. I decided I’d rather keep that particular piece of journaling hidden.  So it’s tucked in behind the main card on a white shipping tag.

Here is the left side and a little close-up on that hidden journaling tag:

Here is the right side:

Sometimes you have a spread or a layout that is just a real struggle to pull together. This was one of those. I spent way more time on this spread than on the others. In the end I settled for just getting it done and getting it documented and that’s really ok.

And here is the right side:

I’d been using the weekly title cards from the Project Life, Project 52 Fresh Edition and had originally planned on continuing that through the entire album. But I’ve come to the conclusion that they’re just a little bit too limiting for me. I may throw the odd one in here and there but for now I am going back to using different title cards. It’s really the only space I have for 4×6 cards since all the other pockets are usually taken up with photos.

I will say right up that I love this spread… if only for it’s pinkness!
I had accidentally printed all my photos on the wrong paper but couldn’t be bothered going and re-printing onto glossy paper so I’ve just left them as they are. I’m also not  happy with my handwriting on the bottom of the first 3×4 photo but again, I don’t really want to go back and re-print and re-write so I’m just leaving it as it is.

Here is the right side:

Please excuse the fuzziness of this photo. For some reason it came out slightly out of focus. (Note to self: buy tripod boom arm!).

I’m trying to bring some of my handwriting back into my spreads. It’s relatively quick and easy and it adds a little more personality and interest into the pages.

And there we have it.

Hopefully this weekend I’ll be able to set aside some time to work on finishing off the last couple of spreads to bring me 100% up to date on this year’s album. That would be pretty sweet! 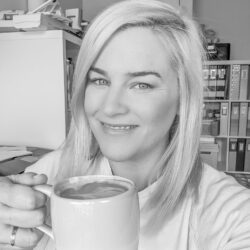